…And free wireless for all

NEW YORK – The stock market suffered one of its worst days since the financial meltdown Monday, slicing 680 points off the Dow Jones industrial average as Wall Street snapped out of its daydream of a rally and once again faced the harsh reality of a recession.

Not only did stocks end their five-day winning streak, they erased more than half the gains. The Standard & Poor’s 500 stock index, one of the broadest market gauges, lost nearly 9 percent.

CHICAGO – Barack Obama announced a national security team Monday headed by Hillary Rodham Clinton, who fought him long and bitterly for the presidency, and Robert Gates, the man who has been running two wars for George W. Bush – striking choices by a president-elect who declared he wanted “strong personalities and strong opinions.”

While the team may be a bit more centrist – some war opponents might even say hawkish – that many Obama supporters might prefer, he said he still thinks 16 months is “the right time frame” for pulling most U.S. combat troops from Iraq. He added, as he often did in the presidential campaign’s closing months, that he would consult with military commanders before setting a firm timetable.

WASHINGTON – President George W. Bush says history will judge him, but he is getting his own crack first. Bush is using his final 50 days in office to tout his legacy, hoping to leave a lasting impression of overshadowed progress. On Monday, World AIDS Day, Bush was heralded for his leadership in fighting the disease, a point that even his Democratic critics readily concede.

The anti-AIDS program Bush championed in 2003 has delivered lifesaving medicine to more than 2 million people in five years, up from 50,000 people before it began. Many of those helped live in impoverished sub-Saharan Africa, where AIDS is the leading killer.

CHICAGO – Police arrested the estranged brother-in-law of Jennifer Hudson on Monday in the deaths of the entertainer’s mother, brother and young nephew, taking him from a prison where he had been held on a suspected parole violation.

William Balfour was arrested at Stateville Correctional Center and released to detectives as he awaited formal charges in the shooting deaths of the singer and Oscar-winning actress’ relatives, said Chicago police spokeswoman Monique Bond.

MUMBAI, India – India demanded Monday that Pakistan take “strong action” against those behind the deadly Mumbai attacks, and Washington pressured Islamabad to cooperate with the investigation.

The only known surviving attacker told police that his group trained for months in camps operated by a banned Pakistani militant group, learning close-combat techniques, explosives training and other tactics for their three-day siege.

Teams from the FBI and Britain’s Scotland Yard met with top Indian police as they prepared to help collect evidence, a police official said.

Soldiers removed the remaining bodies from the shattered Taj Mahal hotel, where the standoff finally ended Saturday morning, with at least 172 people dead and 239 wounded. The army had already cleared other siege sites, including the five-star Oberoi hotel and the Mumbai headquarters of an ultra-Orthodox Jewish group.

India’s financial hub returned to normal Monday to some degree, with parents dropping their children off at school and shopkeepers opening for the first time since the attacks, which Indian authorities blamed on the banned Pakistani militant group Lashkar-e-Taiba.

AUGUSTA, Ga. (AP) — Alaska Gov. Sarah Palin urged Georgia voters to back Sen. Saxby Chambliss in Tuesday’s runoff in an election eve appeal that underscored her popularity within the Republican Party and the GOP’s efforts to stave off erosion of its shrinking Senate numbers.

“Losing an election doesn’t mean we have lost our way,” the former vice presidential candidate told a cheering crowd of 2,500 on Monday in the central Georgia town of Perry. “If we are to lead again, we have lots of hard work ahead of us. Let it begin here tomorrow in Georgia.”

Palin’s campaign appearances for Chambliss — four total — were her first since she and Republican presidential nominee John McCain stumbled on Nov. 4. Georgia Republicans clearly were looking ahead, with supporters waiting in the cold for more than an hour to attend the rallies. Vendors in Augusta sold bright pink “Palin 2012” T-shirts and “Palin for President: You Go Girl” buttons. Chants of “Sa-rah!” greeted Palin.

Palin highlighted Chambliss’ conservative record of supporting gun rights and opposing abortion. Faced with the prospect of Democrats padding their Senate numbers — they are two votes shy of the 60 needed to thwart Republican filibusters — Palin said it was critical to elect the first-term Republican lawmaker.

“We must send Saxby back to the United States Senate,” Palin told the crowd in Augusta. 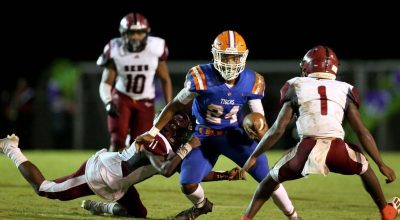 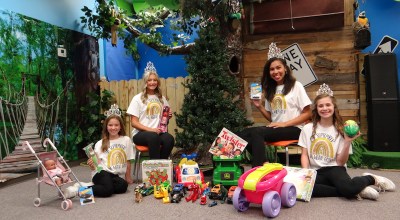 A Taste of Mexico: Valle Grande is a popular spot in Maplesville