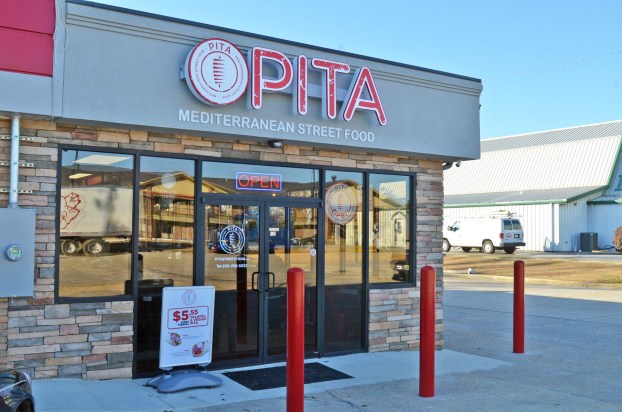 Pita Mediterranean Street Food will be hosting a grand opening from 6-9 p.m. on Jan. 11. Pita will be giving away free samples of some of their products during the event. (J.R. TIDWELL/ADVERTISER)

Patrons in Clanton and the surrounding area who have been looking for a new food option to choose from are in luck.

The establishment, which specializes in Mediterranean street food, is connected to the side of the Exxon gas station that sits just across from Shoney’s.

Anish Noorani, the owner of the Exxon gas station, had the space and desire to open a restaurant on site. He wanted to bring something to Clanton that residents could not otherwise get here in the county so they would have another food option.

While searching for the right fit, he came across Pita, which is headquartered in Atlanta. 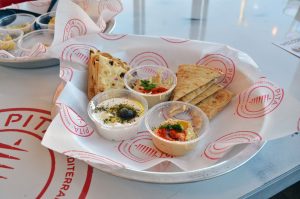 Among the many menu items are things like toasted pita slices with dips such as hummus and baba ghanoush. (J.R. TIDWELL/ADVERTISER)

For dessert, patrons may try some baklava, a traditional dish made by layering a mixture of honey and nuts in sheets of phyllo dough.

Pita has multiple variations of baklava, including a popular cheesecake version.

Other desserts are available as well, such as ice cream and a Nutella pita.

There are platters available for most dishes, appetizers, salads and a kid’s menu.

Noorani said that once he tried the food served at Pita, he fell in love with it.

He decided to add a franchise to his station in the hopes that others would fall in love with the food as well.

“We have already had repeat customers and people learning about us through social media and word of mouth,” he said. “We had one lady who came in here for lunch when we opened. She came back for dinner, and she came back for lunch and dinner the next two days. She said she couldn’t get enough of the food.” 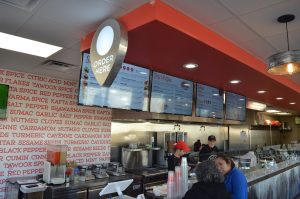 Pita is located on the side of the Exxon gas station at Exit 208 off of Interstate 65 next door to Shoney’s. (J.R. TIDWELL/ADVERTISER)

Noorani said one of the main ideas behind Pita is offering fresh food and healthier options than most fast food places.

He said that he specifically wanted a sit-down style restaurant with the quality of food you might expect to find at such a place over offerings from most fast food chains.

“The ingredients come from a commissary in Atlanta,” Noorani said. “Everything here is so fresh.”

Anyone who would like more information on the restaurant or to see a menu may visit pitastreetfood.com.

Marquee football matchups to choose from in 2020