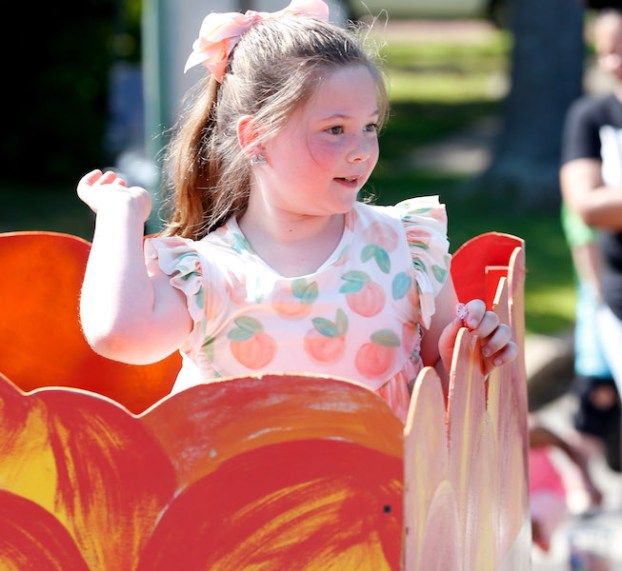 Every float in the Peach Festival Parade is required to have peaches in the design. (FILE)

The Clanton Lions Club is accepting applications for the 2019 Peach Parade until June 15.

Club members stress the importance of submitting an application to ensure that there is space for everyone.

Parade chairman Kevin Mazingo said forms can be picked up at city halls in Jemison, Clanton, Thorsby and Maplesville as well as the lobbies of River Bank & Trust Chilton County locations.

According to the form, “All entries should have some type of peach theme decoration to correspond with the peach festival activities.”

An exception is made for emergency vehicles.

Approved applicants will receive notification by June 26 with details on where to line up.

“I think the biggest thing for me is the people,” Mazingo said. “We have a history of people participating year after year.”

He said he also enjoys meeting new people and organizations that take part in the annual tradition.

The focus, Mazingo said, is to promote the peach industry across the county and those who are a part of it.

As in previous years, local peaches will be front and center at the largest fundraiser of Peach Week during the Peach Auction.

The auction will be held at Senior Connection, which is located in Park Plaza.

Last’s year auction raised $22,325, which the Lions Club then distributed to local nonprofits and needs.