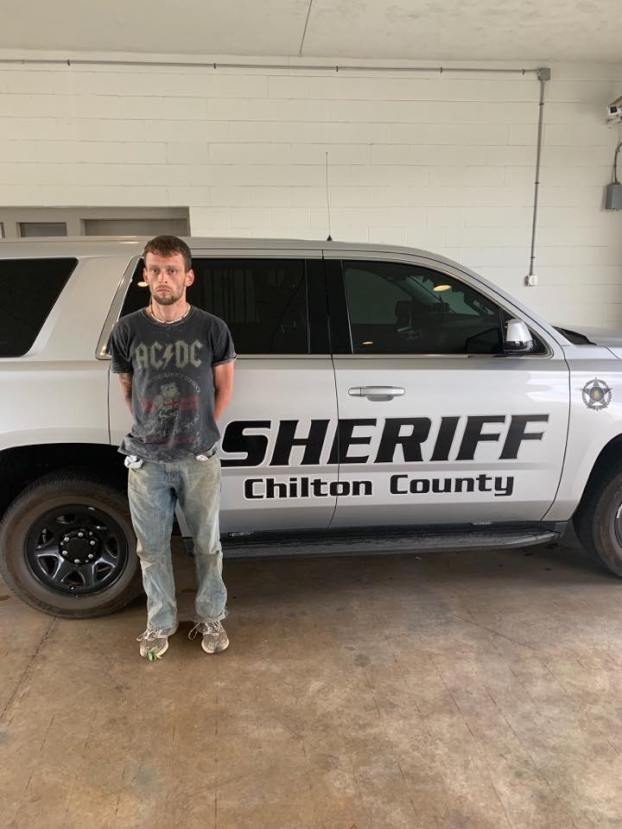 Justin Dewayne Wilson was taken into custody on June 30 by the Chilton County Sheriff’s Office with the help of Jemison and Maplesville police. Wilson was wanted on multiple charges for violent crimes. (CCSO)

A suspect wanted for multiple violent crimes is behind bars thanks to the cooperation of Jemison and Maplesville police with the Chilton County Sheriff’s Office.

Justin Dewayne Wilson, 30, was arrested on June 30. He was booked into the Chilton County Jail on charges of rape by strong arm and kidnapping an adult for sexual assault, both in the first degree, domestic violence by strangulation and second-degree assault.

Those charges have been added to previous charges of kidnapping, rape, assault, sodomy and failure to pay child support. His bonds total $420,000.

Wilson has been accused of beating at least three women.

“In August of 2018 I worked a case on him where he had beat up one of his girlfriends,” said Lt. Lee Falkner with CCSO. “He stayed in jail until March (of this year), and since then we have had two more victims come forward in the same ordeal.”

“This is not something they made up,” said Sheriff John Shearon. “These were brutal beatings. They were beat half to death.”

“When they come to us, you can tell they have been beaten,” Falkner said. “Two of these have happened since he has been out. The latest one happened last week.”

Falkner said deputies got a tip that Wilson was at a location on the northern side of the county.

Shearon said Wilson came through the front door of the residence and surrendered without incident once deputies arrived at the scene.

Wilson was characterized by Shearon as a “meth head.”

“He gets on the meth, then he takes these girls off and gets paranoid that the police are looking for him,” Falkner said.

While three women have come forward with allegations against Wilson, members of CCSO are not sure whether or not there may be more victims who may be too afraid to say anything.

“We don’t know either way, but there is that possibility,” Falkner said.

“He makes these people very frightened of him,” said Investigator Jennifer Bland with CCSO. “They may have to have some family backing them and pushing them to come forward with stuff like this.”

Falkner said the three victims who have come forward have all had family behind them backing them.

Shearon said Wilson harassed the first victim who separated and tried to get away from him.

“When you are dealing with these victims and their families, when he is still out on the street they have fear after what he’s done that he could come back,” Falkner said.