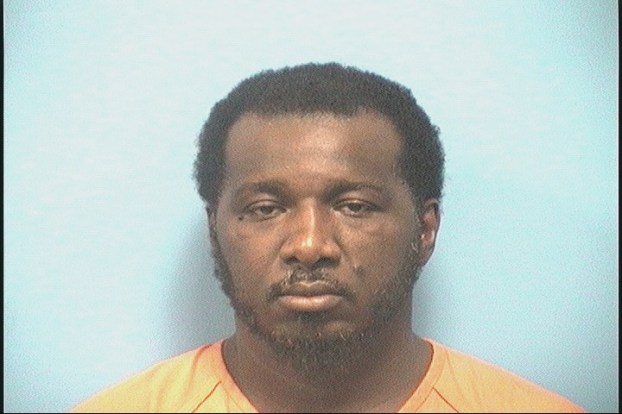 A weekend police chase that started in Calera resulted in the arrest of 39-year-old Curtis Lee Grayson in Chilton County. (SHELBY COUNTY JAIL)

A weekend chase Aug. 10 initiated by Calera Police Department made it into Chilton County before deputies managed to stop the vehicle and apprehend the suspect.

According to Calera Police Chief Sean Lemley, 39-year-old Curtis Lee Grayson allegedly assaulted his significant other before the woman fled and tried to make it to the police department.

Lemley said Grayson ran the woman off the road and was likely attempting to accost her at a convenience store where her vehicle ended up, but officers spotted him.

Grayson allegedly attempted to flee in his Dodge Avenger, and the officers pursued.

The chase turned down County Road 73 near the Bibb County line before Grayson’s vehicle came to a stop.

Shearon said deputies ordered the suspect to exit the vehicle, but he “wouldn’t comply.”

“They busted out his window and tried to tase him,” Shearon said. “On the first attempt, only one barb got him, so it didn’t work. They tried to tase him again, and this time both barbs went in.”

Shearon said that, given the circumstances, officers did not know if the suspect was armed or would attempt to resist arrest, so the Taser was used once he would not comply with orders to exit the vehicle.

Officers then took the suspect into custody, and he was returned to Calera.

As of midday on Aug. 13, online records listed Grayson as remaining in the Shelby County Jail with no bonds listed for his charges.