The City of Jemison is a little larger following a vote on Feb. 3 to accept three parcels of land into the city limits.

Each of the requests was made by the property owner and was approved unanimously. The changes will take effect as soon as the paperwork is filed. Two of the properties were zoned residential medium density, and one was zoned highway commercial.

Mayor Eddie Reed said each of the properties bordered the existing city limits and were eligible for annexation.

“It really is a big deal for us,” Reed said.

Two rezoning requests were also on the agenda for the meeting. Both had been discussed at the most recent Jemison Planning Commission meeting and received strong opposition. The Planning Commission recommended denying the requests. A request to rezone property to agricultural, so that a mobile home could be placed on the property, failed because it did not receive a second when a motion was made.

“The property will remain zoned as is,” Reed said.

The Council chose to table the rezoning request by Clyde Northcutt for a piece of property on Robinson Street to be rezoned from residential single family to mixed planned unit zone, so the proposed project for the property could be further researched. Gateway Development wants to buy the eight acres to develop one level, multi-unit housing for those ages 55 and older.

The motion to table the request was made by Councilman Rex Bittle, who is also the chairman of the Jemison Planning Commission.

Reed said there was more information needed in order to make the best decision.

A date for the request to be reconsidered was not set during the Feb. 3 meeting.

If either rezoning had received approval to move forward, it would have been advertised and posted and another public hearing and vote held after 22 days, Reed said.

The final vote of the Council was to approve a $1,500 donation to the Chilton Education Foundation Partners Enhancing Education in Chilton County grant fund. Teachers in Jemison schools are often among the recipients.

“They are in bad need of being paved,” Reed said. “… We would also like to entertain information on paving … Highway 71, from Highway 42 to the four way stop sign … It is a much-needed project.”

Reed said paving is expense, as much as $300,00 per mile, but he is hoping that the bids come in lower than this. 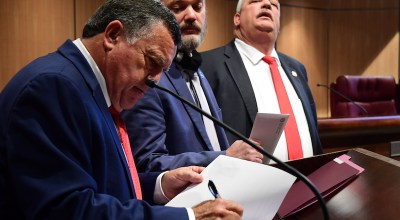 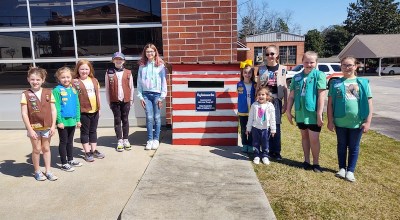