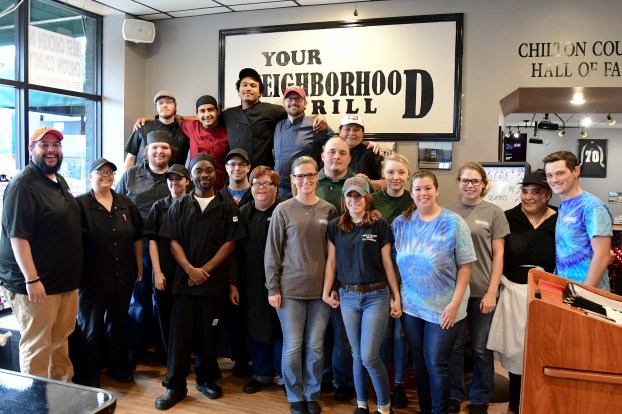 Neighborhood Grill in Clanton is one of many restaurants in Chilton County that are looking for creative ways to reach the public. (File photo)

Many Chilton County businesses have had to change how they conduct themselves during the coronavirus pandemic, which includes restaurants to a major degree.

Last week, Gov. Kay Ivey issued a statewide order that all restaurants must only provide takeout orders for the time being.

Old Town Eatery owner Rachel Rachels demonstrated an understanding of what her customers are going through during this tough time.

The Jemison restaurant stated on Facebook that despite closing at 5 p.m., they can wait for customers if they are unable to get there prior to the designated closing time.

Farmhouse Café in Thorsby and Neighborhood Grill in Clanton have not just adopted an all-carryout approach, but they have also begun exploring offering items that many grocery stores may be running out of. 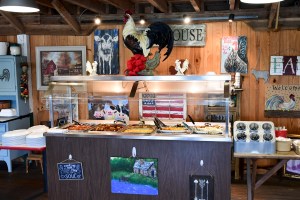 Farmhouse Café in Thorsby began offering up grocery items for residents to purchase if they are having trouble finding what they need in stores. (File photo)

Farmhouse Café owner Tiffany Collins Hammock recently released on Facebook the opportunity for residents to call in and place their orders on certain items that she was able to get in bulk amount.

Jason Lea, owner of Neighborhood Grill, plans to offer grocery items soon but is waiting to iron out some last-minute details.

“Items that are hard to find we can get,” Lea said. “We’ve got surplus.”

Lea has been extremely active putting videos on Facebook constantly updating his customers ever since the entire state’s landscape began to shift due to the pandemic.

According to Lea, prior to the governor enforcing takeout only the restaurant had self-imposed precaution, such as stepping up its sanitation process and removing a third of its tables from the dining room so that people could have the designated 6-foot requirement of space while eating.

However, Lea is also well aware of the economic impact currently taking place for most involved.

“Obviously, the sales are down, but we’re doing two to three times as much carryout as before,” Lea said.

He is hoping that the grocery pickup will create the financial resources needed to bring back some employees that have been affected.

“If the grocery pickup picks up, we can start un-furloughing people and bringing them back home [to work at Neighborhood Grill,]” Lea said.

Another project Lea had in the works is attempting to hold a “parking lot movie” event by setting up a large projector in the restaurant’s parking lot for residents to enjoy on certain occasions.

Lea hoped to provide curbside service to the cars watching the movie, but the health department was not keen on that idea.

Although he won’t be able to provide food, he still believes it can present a creative and safe outlet for the community to come together and enjoy something as one.

Cleckley led JHS behind the plate

Honey is packed with benefits