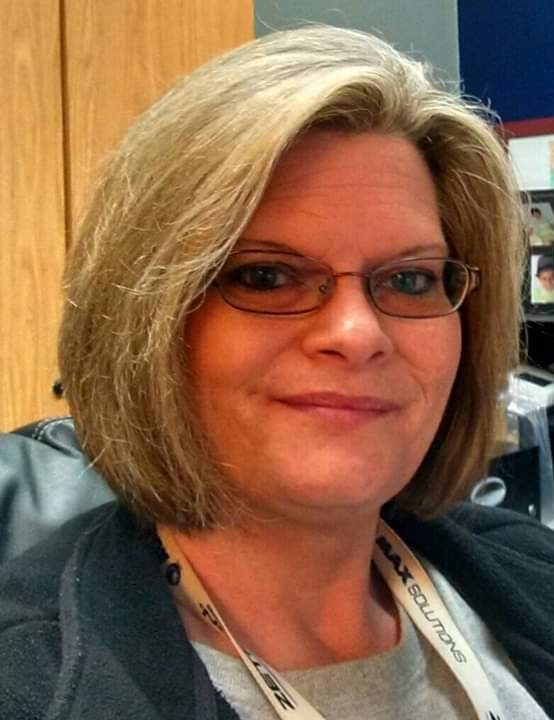 Terra Scott, who has worked for Chilton County E911 since 2007, has been named the department’s interim director. (CONTRIBUTED)

“I am honored that our board has allowed me to step into this position,” Scott said. “I hope to work well with our board and with our agencies and make everyone proud.”

She said the department has “absolutely outstanding employees, and I do want to make sure that they know that they are appreciated everyday.”

Scott has worked for the department since 2007 when she started as a dispatcher.

“I have always been interested in the law enforcement or public safety field,” Scott said.

She had been working toward a bachelor’s degree in criminal justice with a minor in psychology at the time and thought that the job would be a good fit.

“I took to it really well and it was the perfect job for me,” Scott said. “When I first started here I didn’t think I would be here very long because I had other aspirations with my degree, but it was the perfect fit and I love it.”

The variety of the day-to-day work and being able to help people are the main aspects she has enjoyed about the job.

“I think the biggest thing is being able to provide the service to our citizens and to make sure that everyone that needs the help gets the help, and it is something different every day,” Scott said.

She liked knowing that she would be able to help people as a dispatcher and knew the department might be the only way a person could get help in their specific situation.

Scott became the assistant director in 2016.

The interim director position has put her in more of an administrative role with the department working with vendors, renewing contracts, paying bills, ensuring the department systems are working properly and working on projects.

One such project is a memorandum of understanding with Regional Paramedical Service to provide ambulance service to those departments that have primarily used CARE Ambulance. CARE will discontinue service in Chilton County on June 30.

Scott said she wanted to reassure the community that they will still have access to ambulance services.

“We are working on a permanent plan, but until then we do have something in place to make sure that every citizen receives ambulance coverage,” Scott said.

She said the establishment of the countywide emergency communications system that all departments can use is the largest project of the department right now.

During her time with the department, there have been a number of improvements to the technology, and the dispatch process has been streamlined.  Scott said the rapid SOS used by the department now helps get a better location for callers who may be driving. She said “using technology to make us more efficient” was a goal for former director Dan Wright.

“I think one thing that has been huge over the years is we are working better with all of the agencies that we dispatch for,” Scott said. “We seem to have a better working relationship, and we are able to get a lot more accomplished now than we were in previous years, and I want to continue that.”

When she is not working, Terra Scott enjoys spending time with her family.

A native of Chilton County, she is married to Jody Scott. The couple has a 10-year-old son, Gavin.

She also enjoys spending time with her three dogs, reading, swimming and traveling.