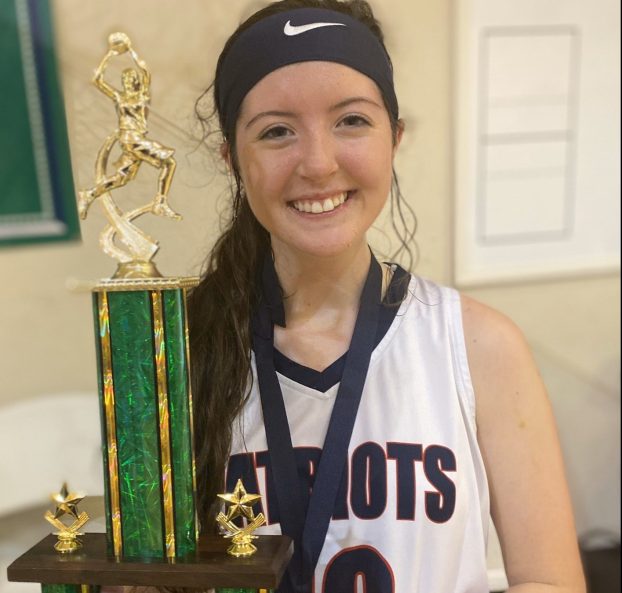 Shayla Hamilton had a busy week last week, as the Chilton Christian Academy senior took part in both the school’s graduation ceremony and athletic banquet earlier in the week.

“There are so many emotions,” Hamilton said.

The busy schedule of events was nothing new for Hamilton, who was deeply involved in extracurricular activities during her high school years, including being a multi-sport athlete.

Not only did Hamilton play multiple sports, but she also excelled in the various disciplines.

She was named first team all-state honors in both basketball and volleyball each of the past two seasons.

During the CCA athletic banquet on June 1, Hamilton also received the Patriot Award for Leadership for her qualities as an athlete and in the classroom.

According to Hamilton, she is naturally a shy person, but she has learned about the characteristics necessary to be a good leader over the past couple of years.

Hamilton was first team all-state in volleyball and basketball the past two years. (Contributed photo)

Although Hamilton was sad that her senior year was cut short, she has grown closer to God and realized that the development of better people can come from the negative situation.

The pandemic was not the first time Hamilton had to quickly change her plans due to an unexpected occurrence.

Both injuries took place during the summer and occurred in consecutive years as she prepared for her seventh and eighth grade seasons.

However, instead of quitting the sports she loved, she was prepared to work hard and not let the injuries define her.

She bounced back and wound up having one of the most prolific athletic careers CCA has ever seen.

According to Hamilton, no longer playing due to the fear of getting hurt again rarely crossed her mind.

“The reward is greater than the risk,” Hamilton said. “If you love a sport, you should not let anything keep you from playing it.”

Her rehabilitation experiences also helped her decide to pursue a career in physical therapy.

“I just fell in love with that kind of work,” Hamilton said.

She will enroll at Samford University in the fall and begin a fast track in the school’s physical therapy program for the next six years.

Hamilton thanked all the coaches and family members that have been there for her along the way.

“They have been my rock, especially through the rough times,” Hamilton said.