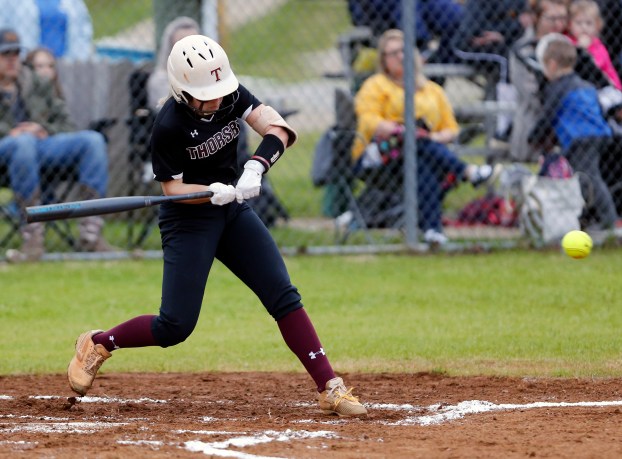 Lindsey Burnett has become one of Thorsby’s most dynamic hitters in recent years. (Photo by Brandon Sumrall/Special)

Softball is a focal point in Lindsey Burnett’s life and has been for some time.

She first picked up a bat and began playing competitive softball at three years old, following the path of her two older sisters.

“Watching my sisters really made me want to get out there,” Burnett said.

Burnett is an extremely competitive person, especially when she steps onto a softball field.

According to Burnett, her competitiveness is a family trait in many ways.

“We were really close [sisters], and we would compete with everything we did, even the little things,” Burnett said.

Burnett has attended Thorsby since sixth grade after spending time at Isabella prior to that.

Since she arrived on the Thorsby campus, her softball talent has been evident, and she has been on the school’s varsity squad since seventh grade as a result.

Playing travel ball is one of the reasons Burnett has been able to refine her game and excel at Thorsby. 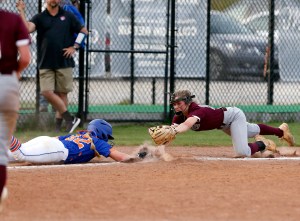 Thorsby’s Lindsey Burnett is a playmaker at third base and on the mound. (Photo by Brandon Sumrall/Special)

In recent years, she has developed into one of the most reliable hitters in the Rebels’ lineup.

For much of Burnett’s career she has played alongside girls that are older than her both at the school and travel disciplines.

However, a shift has begun to take place as Burnett will be a junior next season and will be an upperclassman within the Thorsby program.

“When I was in seventh grade, I got used to competing against 18-year-olds,” Burnett said. “That experience has helped me become the leader that I want to be for my team.”

Not only has Burnett shown the ability to lead with her play, but she also feels comfortable being a vocal leader on the THS team.

Communicating with and pumping up her teammates is part of Burnett’s routine during a game, and it is one of the first things that stands out when attending a Thorsby contest.

Hitting has always been an aspect of Burnett’s game that she takes pride in.

She has always had a knack for consistently reaching base but in recent years has developed more power at the plate, and the result has been more home runs and extra base hits.

Despite the success at the plate, Burnett understands there is always room for improvement and has spent the past year changing her swing in an attempt to be even more effective.

In the field, Burnett plays third base unless she is pitching, which she did more during her sophomore year to help fill a need among the team.

Burnett encourages girls of any age to consider giving softball a try if they are looking for a sport to play.

“Softball teaches you a lot more than just how to play softball,” Burnett said. “It teaches you how to be a leader and to strive to meet your goals.”