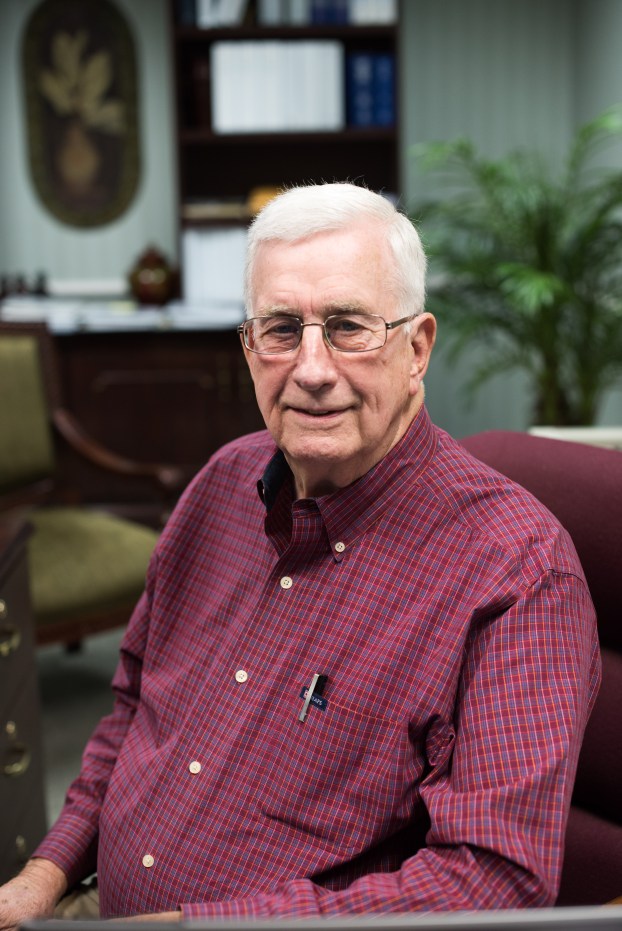 Driver had been in the hospital since June 28.

A community prayer gathering had been held earlier that morning at Corner Park to pray for his recovery.

Family members have thanked the community for their continued prayers and messages during this difficult time.

“He fought a hard fight all the way to the end, but the race has been won,” Driver’s daughter Kim Driver Hayes wrote on social media. “He is now at his final destination, with his Lord and Savior, Jesus Christ.”

Several governmental organizations throughout the county have expressed their condolences on social media.

In her post, Hayes asked the community to “please give the family some time to rest and process.”

According to the obituary, “Friends will be received for a Walk-Through Visitation, Monday, July 13, 2020 from 4-7 p.m. at Clanton City Hall.”

Gov. Kay Ivey has announced plans to “authorize the city of Clanton to fly flags at half-staff on the day of interment.”

“Today, the state of Alabama lost a valued public servant of many years, Mayor Billy Joe Driver,” Ivey said in a press release. “After his battle with COVID-19, Mayor Driver passed on to his eternal home. He will truly be missed in his home of Clanton, but also by many of us across the state. I offer my heartfelt prayers to his loved ones, friends and the city of Clanton in their tremendous time of loss.”

As community leaders have taken time to reflect on Driver and his life, a reoccurring theme was his love for serving Clanton and Chilton County.

“He helped me out tremendously as mayor,” Maplesville Mayor W.C. Hayes said.

He said Clanton residents do not realize just what they will be missing now that Driver is gone.

“He was my best friend,” Hayes said.

Hayes’s friendship with Driver developed over drives through Clanton and Maplesville discussing issues they were facing in their prospective towns and over lunch.

“He got me hooked on those Whopper Jr. meals,” Hayes said.

Hayes said Driver was frugal with his money both personally and professionally.

Jemison Mayor Eddie Reed expressed his condolences to the family and said he was in prayer for them and the City of Clanton.

“Mayor Driver has always been a great mayor for Clanton,” Reed said.

Reed and Hayes said Driver was also quick to help by lending equipment their towns might need. Hayes commented that if Driver could not help, he would suggest who to call.

“He will be missed … he was a pillar of the community,” Reed said.

Driver was also willing to share his knowledge from many years as mayor.

He loved this city with all his heart. All the knowledge he had about this city was unbelievable. His legacy will be with us for many years to come. He not only was my mayor and coworker, but he was my friend. I will truly miss him.”

Councilman Bobby Cook said he had worked with the mayor while serving on the utility board and during his time on the council.

“I enjoyed working with him,” Cook said. “… I don’t think anyone anywhere in Alabama could have asked for a better mayor than we had.”

Driver was one of the longest serving mayors in Alabama, having first been elected in 1984. He had previously served as a member of the city council. He never lost in a local election.

During his tenure, Clanton established three fire stations, a new city hall, a Jefferson State Community College satellite campus and a state-of-the-art hospital. In his final term, he was a part of a major investment announcement for the city by the Alabama Farmers Federation to establish the Alabama Farm Center.

“For many residents of Clanton, Billy Joe Driver has been the only Mayor that we have ever known. The tremendous sense of loss in his passing will be felt throughout the City of Clanton, Chilton County and by his many friends and acquaintances across the state of Alabama,” Billy Singleton, president of the Chilton County Chamber of Commerce, said. “He was highly respected and admired, not only as a nine-term mayor and member of the City Council, but as a human being. His life, public service and devotion to the city and its people will continue to serve as the model of dedicated public service for those that strive to follow in his footsteps.”

Born and raised in Clanton, Driver had a heart of service for this community and served for many years on the Clanton Fire Department.

“He could lighten the mood in the room with the funny things he said and the ways he said them,” Sheriff John Shearon said.

Shearon worked with Driver on the 911 Board with and some issues related to the future farm center.

He said people like Driver have a lot of knowledge that others can benefit from listening to.

“If something wasn’t getting done, he wanted to know why,” Shearon said.

Shearon said Driver was in city leadership for unselfish reasons.

Dale Collins, Clanton sanitation superintendent, said Driver was a good friend that he could turn to for wisdom.

“He knew the finances backwards and forwards. He was a great leader more than what people even know,” Collins said.

Collins said he tried to encourage the mayor by reminding him all he had been able to accomplish.

“He took us through some lean times in 2009,” Collins said. “He always kept us (the city) financially stable … He has left a good legacy.”

“He was always very kind to us on the humane society board and tried his best to help us,” Katherine Reece, former president of the Humane society of Chilton County, said in a post on social media. “I loved how he preferred to sit downstairs in a big conference room for his office so he could watch the main intersection of town and see all the people he knew drive and walk by.”

Vanessa McKinney, director of Senior Connection, said the mayor was “just a phone call away” when the group needed a new meeting place in 2011.

“(He) never hesitated to help move us forward,” McKinney said. “It is because of Mayor Billy Joe Driver that we have a great place to call our home.”

The organization honored Driver with a plaque and by naming its kitchen Billy Joe’s Bistro.

“He was a man with a great heart that kept his word and cared not only for the city but the people in it,” McKinney said. “He will be thought of often and greatly missed.”

The Driver family has asked that community members consider donations to Senior Connection, 304 Park Plaza in Clanton in lieu of flowers.