OPINION: Meet the Piper behind the peach 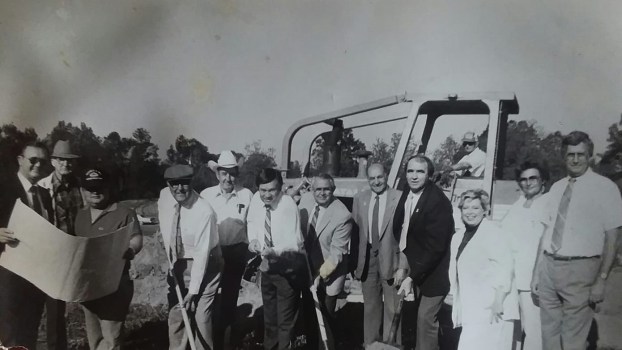 Mayor Billy Joe Driver about 1989 at a ground-breaking ceremony for Clanton’s townhouses built on the corner of Airport Road. (Driver is pictured on the far right.)

OPINION: A Memoriam to Billy Joe

On July 14, 2020 Billy Joe Driver was laid to rest at his home church Temple Assembly of God in Clanton. Billy Joe was a Clanton icon. Known to some as a local celebrity, he was a good friend to many.

Driver, who served as mayor since 1984 made Clanton’s motto, “a good place to visit, a better place to live,” — a reality. Most all of Clanton’s current businesses came into existence during his time as mayor. A wide spectrum of people from real estate agents to blue-collared workers can attest that he was always genuine and devoted his time to the task at hand.

Driver’s dedication to Clanton was life-long. Not only did he serve as mayor for 36 years, but his service to Chilton County as a whole began in 1953. During that time, he worked for the City Council, was shop foreman, engineer assistant and county administrator for Chilton County and also served as a firefighter.

“The largest project that we worked on was when the Coosa River Bridge below Lay Dam was built,” said former County Clerk Sandra Campbell that worked with Billy Joe in 1972 when he served Chilton County as engineer assistant. “He worked on developing new roads in Chilton County, like County Road 97, that runs from Providence Church to Cooper. He also put the lake in at Minooka Park in Jemison. All of that was created under Billy Joe’s time of leadership for the county.”

Driver was also an active member of the Alabama League of Municipalities, serving on numerous committees and as League President from 1999-2000. He served on the Board of Directors for the Alabama Municipal Insurance Corporation as Chairman since 2008.

He was an active member of his church and all aspects of the community. He was sincere and when he spoke, his words were genuine. Many times his assistance gave relief to the people who were having conflict.

“Whenever he said ‘I’ll check on it’, he meant it. He was always a gentlemen and a good man,” said former City Council Assistant Faye Collins that worked with Billy Joe during 1977-1979 when he served on the City Council.

Driver never lost a political race. In 2011, Business Alabama Magazine named Driver on its list of “Alabama’s Favorite Mayors.” During his career for Chilton County he saw Interstate 65 come into existence, which led to the formation of the businesses at all of Clanton’s exits (205, 208 and 212); roads were created, lakes and bridges were formed, subdivisions and townhouses were formed. Commerce boomed, and he did it all while remaining our friend. Clanton will miss Billy Joe Driver but his presence and legacy will live on in Chilton County for generations to come. The next time you are at Minooka Park or taking a drive down County Road 97, think of Mayor Driver. He is worthy of great respect.