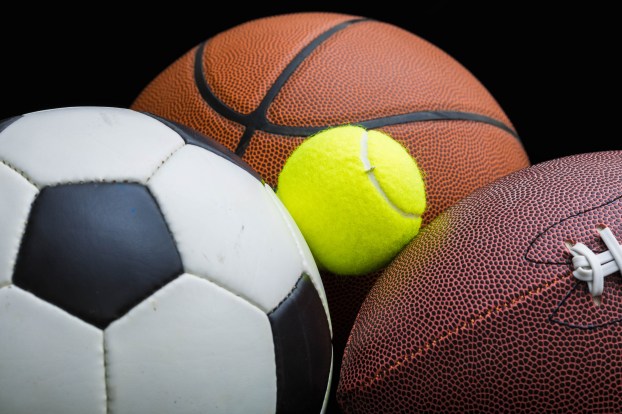 Pandemic postponements in spring and summer has led to a busy September for sports. (Contributed photo)

The pandemic has led to a very awkward spring and summer for sports fans, with many of the signature events held during those months either postponed or outright cancelled.

However, the sports landscape in America is resilient, and all that time spent without sports on television will soon be left in the rearview mirror.

September is going to be a month that sports fans have never and perhaps will never see again.

The month will be like one of those astronomical events that only comes around once in a lifetime, and if you miss it, good luck seeing it again.

According to the Elias Sports Bureau, Sept. 10 was the first day in history that the NFL, MLB, NHL, NBA, MLS and WNBA all played games on the same day.

That is just an appetizer of what is yet to come.

Not only do we have all of the country’s professional sports leagues in full swing the rest of this month, but we also have the majority of college football (Big Ten and Pac-12 still choosing to sit on the sideline) getting under way and diving straight into their conference slate of games.

There will also have plenty of motorsports to choose from with the NASCAR playoffs going on along with Formula 1, IndyCar and MotoGP.

Not to mention the 24 Hours of Le Mans, the most famous sports car race in the world, scheduled Sept. 19-20 the same weekend as the U.S. Open considered golf’s toughest test.

Is your head spinning yet?

That’s a lot of marquee sporting events and thanks to COVID they are all crammed into a three-week period to wrap up September.

I fear that we’re all a little out of shape when it comes to watching this much sports, so remember to stay hydrated and stretch every so often. No one wants to pull a hamstring while changing out the chip dips.

So, tell the family you’ve got plans the rest of the month and maybe even take some time off of work. You know, that vacation time you were probably unable to use like you usually would during the summer months.

After all, haven’t you had enough of family time over the past several months. It’s time for sports fans to quarantine the way they know best and that means having a smorgasbord of sports to choose from on TV.