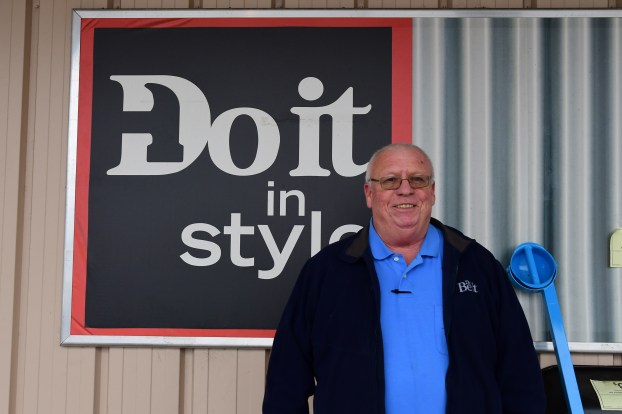 Mickey Atkins has been the store manager at the Russell Do-it Center in Clanton since the doors opened in July 1997.

On Sept. 25, he walked through those doors as manager for the final time.

Atkins said he had been contemplating retirement for two or three years but had expected to continue for a few more years.

“With 2020 being the way it has been, it just seemed like the right time for me to step down and turn it over to somebody else,” Atkins said.

Aktins, who grew up in Decatur, had moved to Chilton County when Russell Do-it Center closed the Decatur store and opened one in Clanton.

Now, Clanton is home, and he plans on continuing to live here close to family in his retirement.

Atkins plans to do some traveling, mostly day trips, and spend more time with family during his retirement. He said his career has included working many weekends and more than 40 hours per week.

“It’s time to slow down and enjoy life,” Atkins said.

He is looking forward to he and his wife getting to “go some places we haven’t been before and see some things that we haven’t seen.”

Atkins said it has been interacting with people and developing friendships with employees that he has enjoyed most about the job over the years.

“I have one (employee) that has been with me the whole time,” Atkins said.

He said the store has “been pretty successful” and had the support of the community throughout his tenure.

“My whole life I wanted to have a hardware store or a sporting goods store … I was drawn toward the retail business,” Atkins said. “I like dealing with people.”

He is still in contact with many of the original employees that started with him at the store.

“The relationships have made it all worthwhile,” Atkins said.