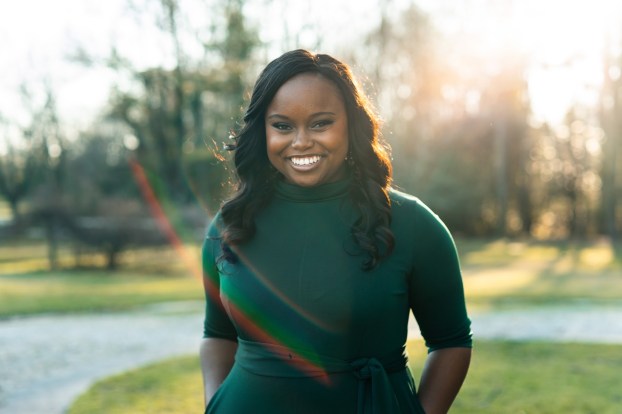 “Serving as the first black female, there is this additional pressure on me personally, because I do set the precedent,” Huntley said. “… That is a precedent that I hope I am setting well. I loved being the first, but I will love even more when I’m not the last.”

Huntley said she is focusing on doing her best and setting a good foundation for the next black female to serve.

The thing she has enjoyed the most is “working with my team.”

“I have been very, very lucky to work with some of the best people that I have ever had a chance to know,” Huntley said.

She has also enjoyed “the impact that I have gotten to make as the first black female.”

“I don’t think I realized running how impactful that would be for people,” Huntley said. “… Having people tell me that they have been inspired by my story just has been an incredible part.”

She first became involved with SGA through Freshman Forum during her first year on campus.

Huntley’s participation in Freshman Forum gave her a way to be involved at the school and make friends on campus.

As she learned more about what the organization did and how it served as a voice for students, the more she wanted to become a part of leadership.

“I was completely hooked,” Huntley said. “I really wanted to serve more in these roles.”

She first ran and was elected to a Senator position.

“I had such a strong passion for SGA, and I wanted to take that passion to another level of leadership, so I made the decision to run for SGA president,” Huntley said.

In order to run, students assemble a campaign team, declare an intent to run, attend orientation, pass a test on the SGA election law, complete the budget process, develop a platform and meet with people during campaign week.

For wellness, Huntley wanted to focus on physical and mental health support for students through nutrition education and a mental health task force to determine what services need to be offered.

Despite some plans being altered because of the COVID-19 pandemic, Auburn students are attending classes on campus and a director of basic needs has been appointed “to help tackle things like food insecurity and homelessness.”

The university’s first hunger awareness week will be held next month. Huntley said the week will focus on making students aware of how they can help friends.

One change that SGA has been able to achieve this year is motorized scooters being permitted on campus.

“We have been tasked with a little bit of extra work in making sure that the Auburn administrators are well aware of the student voice and the different concerns that they have been facing and challenges that they have been facing as we face a pandemic,” Huntley said. “it has definitely created a little bit of extra work on my team but it is work that we are absolutely happy to do. I absolutely have the best team that I could ever put together to help me run Student Government Association during a pandemic.”

She said meetings have still been able to be held and function pretty much as normal.

“The national racial reckoning that we have seen across the country” was also an unexpected event, Huntley said.

“It has been quite the challenge,” Huntley said. “Obviously it affects me personally, it impacts a large segment of my student body, having to face that challenge not only internally but also as SGA president is something that was unexpected.”

However, she said her team has found “creative ways” to ensure that Auburn continues to serve all students well.