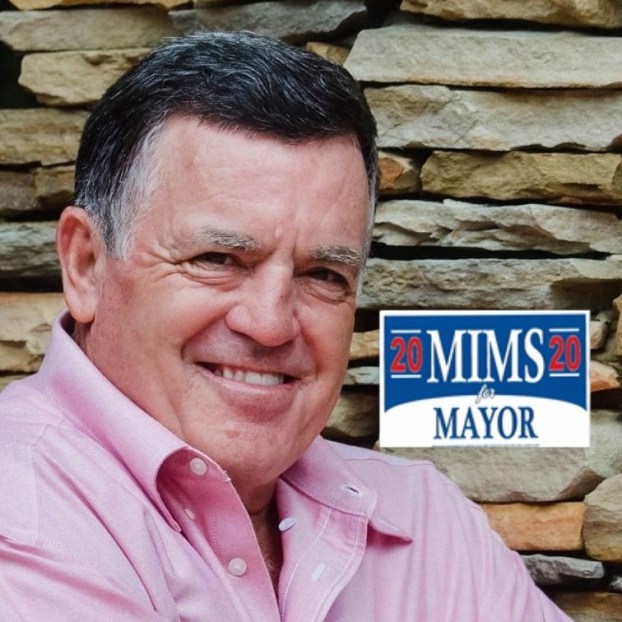 Jeff Mims decided he wanted to run for mayor of Clanton two years ago. (CONTRIBUTED

Jeff Mims will officially become mayor of Clanton on Nov. 2.

That will be a historic one in that it will be the first time since 1984 that someone other than the late Billy Joe Driver has served this role.

In the days leading up to his official start date, Mims said he is learning what the job will require.

“I am excited and the town is excited and that’s what makes me feel so good,” Mims said. “I am looking forward seeing new growth in town.”

He is also looking forward to meeting with business leaders who may be interested in locating here and continuing the good relationships with community organizations.

He said growth for the town will be “a team effort.”

Mims has been researching the positions that the mayor appoints and who he would appoint to these positions. Mims said his recommendations would be taken to the Clanton City Council for approval.

“I’ve never been in politics,” Mims said. “I have been a businessman and getting used to the politics part of it, it will be a change.”

He will also be attending a training provided by the League of Municipalities for new mayors later this month.

The governmental structure of Clanton has the role of mayor set as part-time, but Driver and several mayors in similar positions across the state put in full-time hours serving their communities.

Mims said he expects to do this as well.

“I have been working every day since I got elected,” Mims said.

While this will be Mims first role as an elected official, he has served on the Clanton planning Commission since 2011. He said he plans to provide a class on zoning, so that elected officials and those serving on boards will understand how it works.

“It might eliminate a lot of problems down the road,” Mims said.

He would also like to see an expansion of the workforce development and industry training opportunities that are offered at Clanton’s campus of Jefferson State Community College, including the addition of building space for small business owners who are just starting out.

Mims said he would like to continue the good relationship with the schools in Clanton and to continue to support them when possible.

Mims said he first started thinking about running for mayor two years ago when he retired.

“My number one goal is to see this town grow and prosper, and I am going to try make sure it happens in a good way and not just stuff thrown up everywhere,” Mims said.

He mentioned wanting to see opportunity downtown for condominiums and entertainment to revitalize the empty buildings.