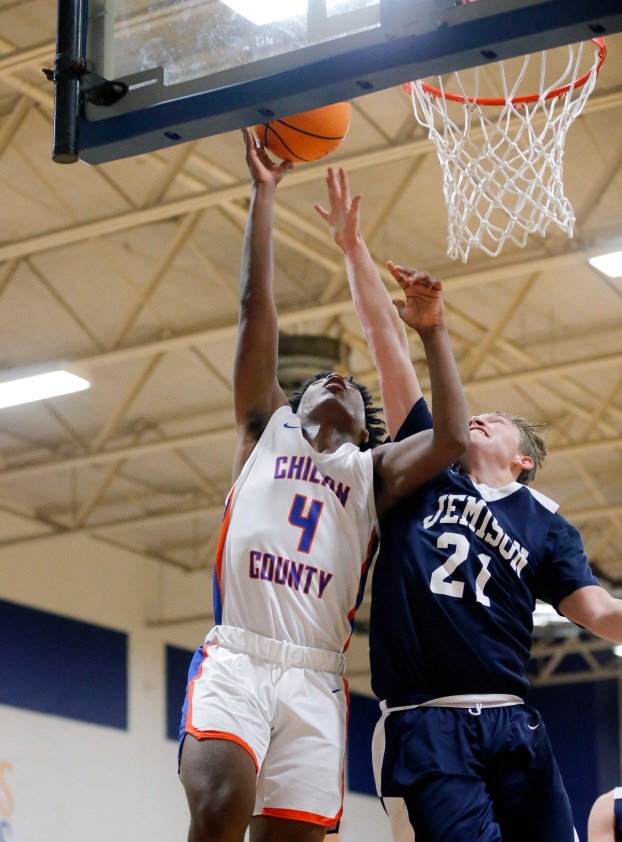 Jakobe Worthy (No. 4) is challenged at the basket. He led CCHS with 16 points against Jemison on Nov. 20. (Photo by Brandon Sumrall/Special)

It was the first meeting of the year on the hardwood between the cross-county rivals.

Jemison led 15-14 with just less than two minutes to go in the second quarter.

However, it was the last time the Panthers were out front on the scoreboard, because CCHS went on an 8-1 to finish the first half and led 22-16 at halftime.

“After halftime we had to come back out and just knuckle down and keep doing what we know how to do,” CCHS guard B.J. Davis said.

The Tigers did just that and a transition layup by Jakobe Worthy grew the lead to 10 points. 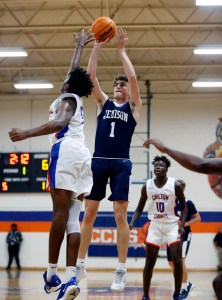 Nathan Johns of Jemison led all scorers with 21 points. (Photo by Brandon Sumrall/Special)

CCHS was able to distance themselves in the second half thanks to contributions scoring from a variety players.

“What we’re trying to do is build a program,” CCHS head coach Austin Moncus said. “The guys that we have here are buying in and playing for each other. The bulk of our guys are 10th and 11th graders, so the future of this program is very bright.”

One of those 10th graders is center Latavion Floyd, who had a productive night on the boards and used his size to create a presence down low.

“We’ve been doing drills on that (post play) in practice, and it really helped get the job done,” Floyd said. “It felt great out there. We were playing as a team, and we came out on top.”

Floyd had 14 points and was one of four Tigers to finish with double-digit points on the night.

Worthy led the group with 16 points, while Jakeveon Bolding had 13 and Davis chipped in 12.

According to Davis, he is excited to see what this team looks like at the end of the season, because he feels like they are becoming more cohesive with each game they play.

Nathan Johns was once again the best player on the floor for Jemison, and Moncus knew that would likely be the case heading into the game.

“Going in we said that if he got the ball on the box, we were going to double-team him every time,” Moncus said. “The offense that they ran was so good, that we could never get him on the box because they were always moving. With a kid like that, it’s hard to stop them. He’s a great player, and he got his (points).”

Johns led all scorers with 21 points, and Harrison Hilyer added 12 points for Jemison from his point guard position.