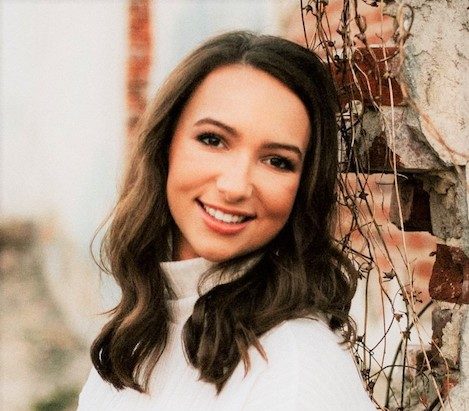 Lindsey Wood is the second person in her family to ever receive the Coca-Cola Scholarship. Her father, Christopher Wood, received the scholarship in 1990. (KELLY WOOD/ CONTRIBUTED)

Those are the chances that Thorsby High School’s Lindsey Wood had of being awarded the Coca-Cola Scholarship in 2021.

And she’s not even the first one in her family to do it.

The Wood family, however, has defied the odds.

Lindsey put in a ton of work to carry this legacy. Despite her father never pushing her to apply for the scholarship, she always felt an excitement and a desire to accomplish the same as he did.

She has worked incredibly hard in school, allowing her to not only be accepted into the University of Alabama, but to receive other scholarships along the way. She has also done many hours of community service.

What set her apart though, is her ministry “Bows That Bless.”

While the ministry has mainly raised funds in the state of Alabama, it has been able to reach other states like California, Oklahoma and Texas thanks to partnerships with local businesses like Peach Park.

“I wouldn’t have even been able to create Bows That Bless without my family, community and God,” Wood said. “I have had endless support donations and awareness-wise, and have seen God work many blessings in the lives of foster families through my ministry.”

In an interview with representatives from Coca-Cola, as well as past winners of the scholarship, Wood spent almost the entire time talking about her ministry, and it clearly impressed those she spoke with.

“My interview was really focused on that,” Wood said. “Once we started talking about it, we never really got off.”

Wood plans to use the scholarship money for graduate school. At the University of Alabama, she plans to major in biochemistry or something that is considered pre-dental. From there, she wants to go to dental school to become a trauma-informed pediatric dentist, which she will use the scholarship to pay for.