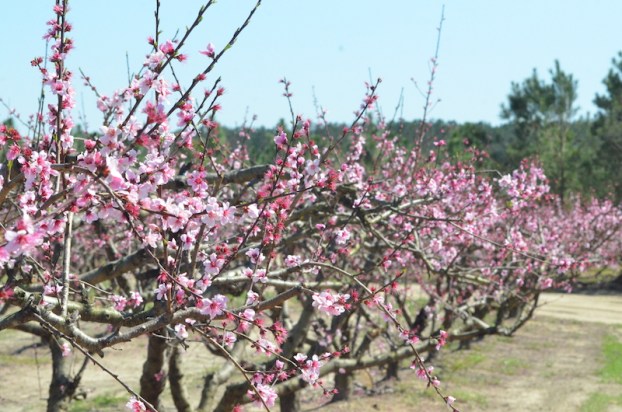 Recent frost seems to have caused minimal damage to this year’s peach crop.

Strawberries are also safe thanks to row crop coverings.

Edgar Vinson, fruit specialist with the Chilton Research and Extension Center, said initial indications are many peach orchards were able to use wind machines to keep the flowering trees above freezing.

“It was not as bad a freeze as we initially thought,” Vinson said.

However, some orchards have sustained damage, and the damage may be worse than has initially been indicated, Vinson said.

“It really depends on the location of the orchard,” Vinson said. “We have some that were higher elevation during those (frost events), so they didn’t sustain as much (frost).”

In some areas, the elevation of the orchard made wind machines ineffective because it was windy.

“This year should make for a pretty decent peach season,” Vinson said.

The earliest varieties are anticipated to be ripe in late May or early June.

Strawberries that are now in the harvest season were protected by row cover.

“Row cover is pretty effective,” Vinson said. “Depending on the thickness, you can get about 8 degrees above ambient with that.”

This is something Vinson has personally tested again during the recent frost.