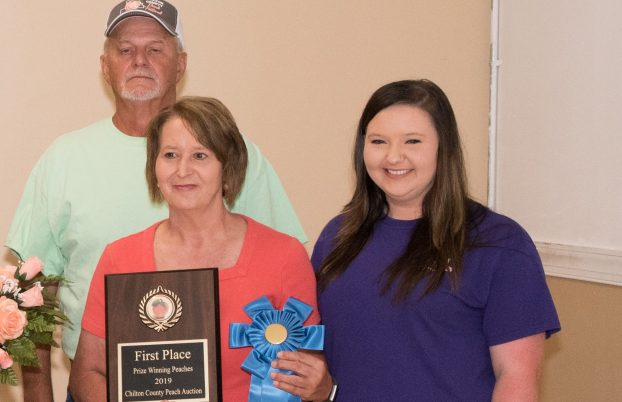 Well known peach farmer Mark Knight of M&M Farms in Clanton passed away on June 6 at the age of 59.

Funeral services were held at Zion Ridge Church of God on June 8.

Knight had been diagnosed with pancreatic cancer in 2019. He underwent surgery and treatment, but the cancer spread to his liver. This time the cancer did not respond to chemotherapy.

Knight and his wife Melissa had achieved first place at the Peach Festival Peach Auction a total of 12 times. Nine of these were consecutive wins.

“His love for peaches” is what Knight’s daughter Andrea Williams said stood out about her father.

“He loved working in the fields, and he was always a hard worker,” Williams said. “Another large part of him was giving back to people. He always wanted to help people in need. Even when they were not in need, he was always doing what he could for anybody.”

He also enjoyed cooking for family and friends.

Mark Knight started his first orchard around 2003. His father, brother and uncle were growing peaches or farming at the time.

“He got a lot of information from them,” Williams said. “He did tons of research when he first decided to set out his orchard … just to get the best and what did the best.”

“We plan to try to continue what he worked for the best that we can,” Williams said.