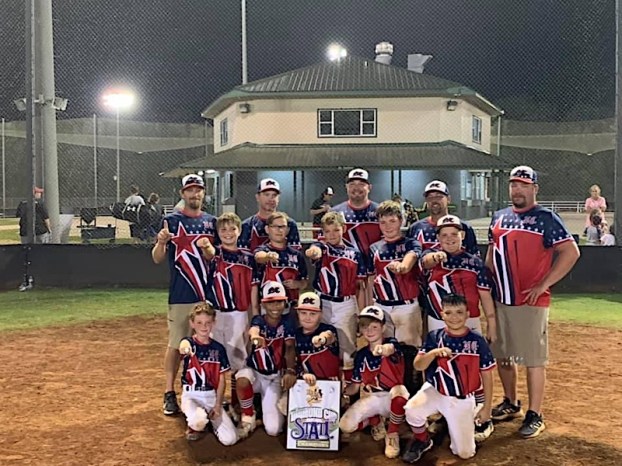 The North Chilton 10U All-Stars pulled off five straight wins the weekend of June 25-27 to win the BPA Diamond Cup state championship. The championship victory sent the team to the 10U World Series.

The team consisted of players from Thorsby, Billingsley, Jemison and Maplesville.

High-powered offense was the name of North Chilton’s game, as the All-Star team scored 64 total runs across the five victories. They had seven players hit over a .500 batting average in the tournament, with Jace Smitherman and Nolan Brock hitting the first ever out-of-the-park home runs in the history of 10U games played at the Boaz Sports Complex in Boaz, Alabama, according to North Chilton coach Sean Shaneyfelt.

North Chilton also put together some sound defensive performances, giving up just 22 runs across the five games. In the final three games on June 26, the pitching staff came up huge for North Chilton as Smitherman, Brock, Trey Smith and Grayson Lovelady led the way to three North Chilton victories.

The four pitchers combined for 13 strikeouts across the three games, doing enough to get North Chilton through tight wins over Helena and Gadsden 10U before dominating in the championship game over Alabaster Collins 10U.

Grayson had a big day on the mound in the championship, giving up just two runs while striking out four to help lead North Chilton to a 12-4 victory.

North Chilton has an even tougher task ahead in the World Series. The tournament will take place from July 8-10 at Lagoon Park in Montgomery.